The engine changes revs and I bolt out of my bunk and dress quickly for I know we are at the straits of Messina. The lads laugh as I climb out of the saloon as Mark had told Dan “This’ll get him up.” We’re tuned to the boat now, able to notice differences where as before only the skipper would. Sicily is starboard, the Calabrian coast ahead, we approach the entrance to Messina. Two huge pylons that used to carry the power lines that supplied the whole of Sicily announce the entrance. A very large modern cargo ship with a pilot boat in front overtakes us to take the shipping channel. We circle on the spot a few times to indicate that we have no intention of crossing in front of the massive boat. As we do this, the current takes us, pushing us into the strait a little earlier than we wanted. Luckily there are no ships coming out of Messina, our way is clear to cross at this, the narrowest point. We hug the shoreline of mainland Italy, surprised when a train shoots by, intrigued by the noise of the early morning traffic of cars and people.

The ferries that cross the strait depart with just a belch of black smoke as a warning. We can see cars still boarding the closest one as another, further along, leaves under it’s temporary cloud. It’s surprising how small a gap exists at Italy’s toe, but not as surprising as what greets us after breakfast.

Mark had told us that if we were lucky, Sicily’s massive volcano, Mount Etna, would be visible but that normally it’s shrouded in cloud. We passed by on the clearest day possible. It’s huge, over three thousand metres high, it’s peak dominating the north east region of the island. Massive, covered in snow or ash, we’re not sure. A recent lava flow is visible as is a small puff of dark smoke coming from the top, peaking white as the sun catches it. Then the smoke stack increases in size. And continues to increase. As we slowly pass it by, the tiny wisp grows into a full blooded ash cloud, eventually becoming enormous. The cloud splits, the heavier ash blowing east, the lighter water vapour climbing still. Etna puts on a wonderful show, blocking out the sunlight which had lit her slopes, and finally filling the skies above us. We watch her for hours. Unreal. Vulcano is a wee baby compared to this monster. 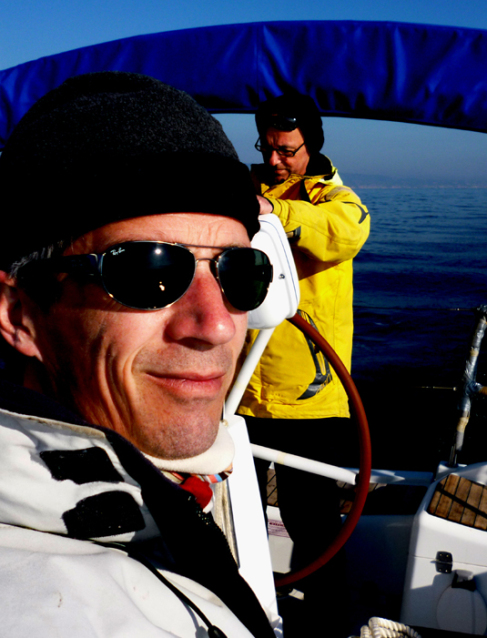 Eastwards of Catania we turn towards Greece. Adam is a long way ahead now, they hit Messina before us as seemed to take better advantage of the current. We travelled fast at times, the tide increasing our cruising speed by three knots at least but they must have arrives there at the perfect time. We had entered the Strait without much distance between us, but now they were barely visible. Etna’s cloud follow us both. A ridiculously huge ship on the southern horizon must be military, an aircraft carrier maybe. It dwarves a cargo ship that is at least half the distance away. Heading to Syria we think. I’d forgotten about all of that, and I hadn’t the opportunity in Lipari to read any news. Is there western involvement in the war there? What’s going on? The southern tip of mainland europe is north of us, to port. And for nearly the first time since France, the sun is blotted out, only this time by a cloud that came from within our earth. I’m not at all annoyed by this cloud. It overtakes us, looking strange overhead. We can see the weight in it, it seems to want to descend. I come up from a nap just in time to see the sunset. From our exact position, it looked like Etna had swallowed the sun hole, it sank right into the crater.

We are in a new sea. The Ionian. Each of the last two had different characters, I wonder what this new one will be like. 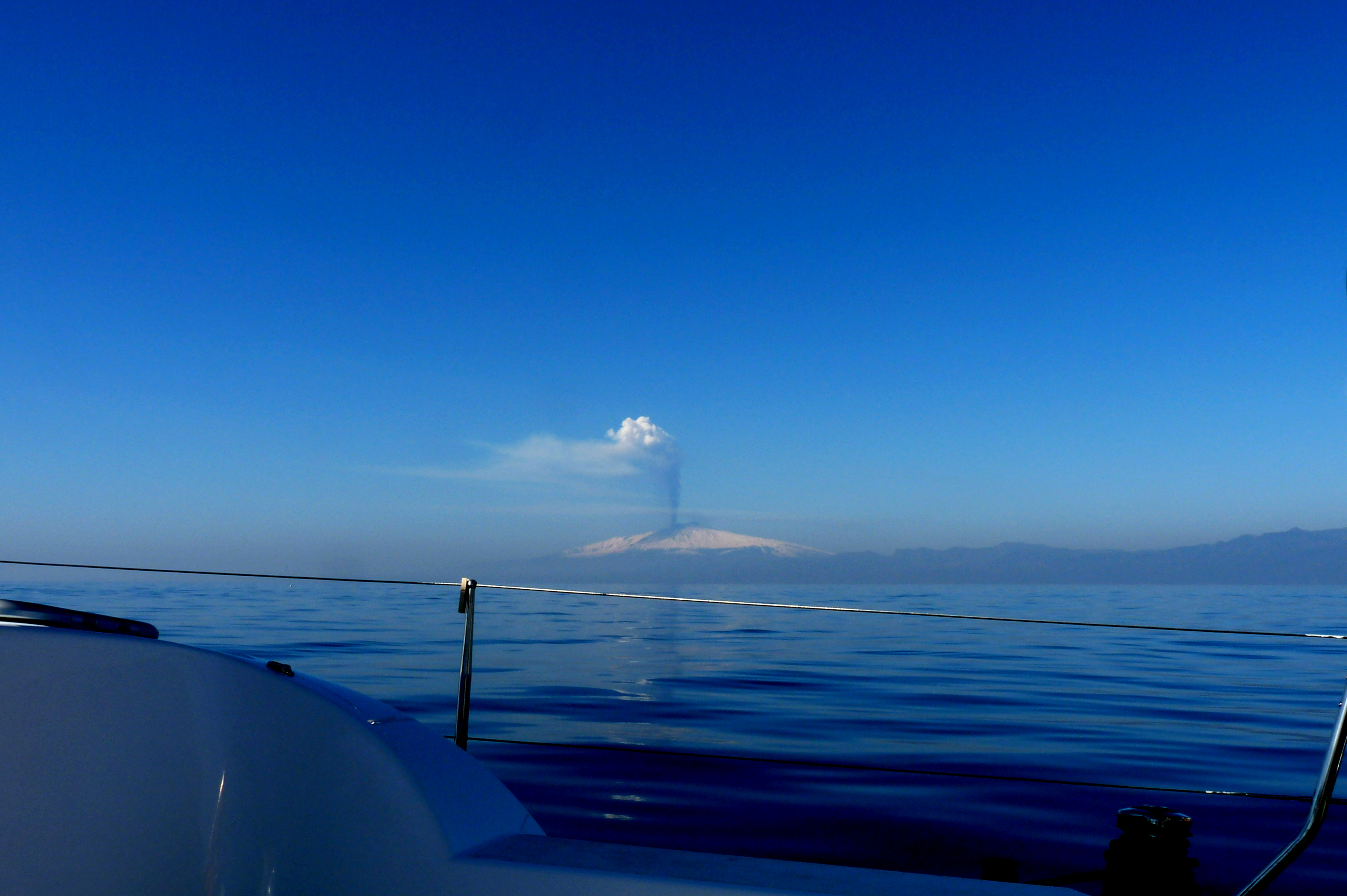